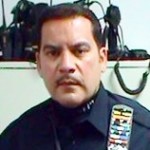 Lakan Oscar Lopes:
Oscar Lopes is a Senior Instructor of Filipino martial arts (Punong Taga Pagturo), based on the rank of 3rd degree black belt (Lakan/Dayang Tatlo) in American Modern Arnis Associates. Sifu Lopes is universally recognized in the AMAA for his dedication to excellence and contributions to the growth and development of American Modern Arnis. 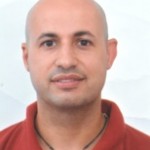 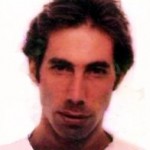 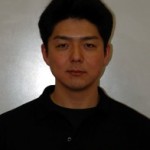 Ryusuke Tsuchie:
Over 9 years of Japanese military Service, 5 of which in SOF units. Speciality areas are CQB tactics, maritime & inland security, threat assessment, VIP close protection & marksmanship. Ryu has 17 years of experience in martial arts, and holds multiple black belts in Aikido, Karate, Nihon-Kenpo, Judo and Russian Systema, in which he also serves as a non-civilian training coordinator and representative in Japan.

Juri Fleischmann:
Master Juri Fleischmann has a martial art background of over 30 years. Started his training in Korean Taekwondo at the age of 11, he attained 2nd dan black belt in this style. His training later continued in Sin Moo Hapkido (which he studied directly from its founder) and Wing Chun Kung Fu as his main styles. He is also quite versed in Japanese, Philipino and other combat systems. He is directly representative of Dojunim (Founder) of Sin Moo Hapkido, Ji Han Jae (USA) for Germany and holds a 6th Dan black belt in that art. He is representative of Wing Chun Kung Fu (Lee Shing Family System) under Sifu Austin Goh (GB) for Germany. He holds a 5th degree Instructor level in this style (Sifu). In 1998 he founded his own martial art school to teach his styles professionally. He has also taught many seminars around the world since than. Master Juri is a specialist in teaching law enforcement officers and bodyguards.

Born 1969. Has served as a soldier for 24 years. Graduate of Royal Military Institute of Physical Education and Sports (I.R.M.E.P.). Attained a Masters Degree in Physical Training and Sports (1996). Was tasked by Belgian Army Headquarters to research new close-combat methods. Holds the certificate of ‘Lifeguard of the Highest degree’. Completed a Special Forces Combative Course (USA). In 2001, created the I.M.A.D.S.  System (Teaching  self defense for military & civilians). Over 25 years of experience in Martial Arts. Specialized in Krav Maga since 16 Years (Certified Wingate Institute) and Instructor Spikey certified by sifu Sapir Tal.

Sifu Sapir Tal with some of the many Spikey-certified instructors: